Death is On the Menu 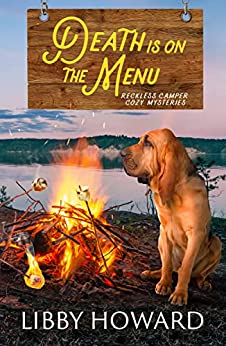 Sometimes campers arrive with a deadly amount of baggage.

Accepting a cabin reservation from the Mason brothers didn’t seem like a big deal—especially as they were returning guests enjoying their second vacation at the campground. But it seemed the previous year these campers did more than just hike and fish. Tales of their drunken behavior, and a mysterious incident have Sassy concerned even before the men arrive.

The Masons start off their vacation with a bang—a loud, rowdy, bang. When one of them turns up dead after a heated argument with the local coffee shop owner, Sassy’s friend finds herself the primary suspect in the murder.

With her friend in trouble, Sassy jumps in to investigate, and discovers there are more secrets to the Mason brothers than anyone ever expected.